It’s Not Just an Adventure, It’s a Job

by Andrew Fleischer
in Opinion 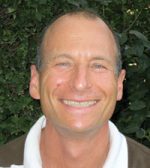 Teddy Weinberger
Special to the Journal

In 1976, when I was 15, a company called Bates Advertising came up with one of the longest-running slogans ever: “Navy. It’s Not Just a Job, It’s An Adventure.” The slogan officially ran until 1986. While I did not enlist in the Navy, the slogan powerfully influenced how I viewed military service (interestingly, the first word has been forgotten by many people, though they do remember that the slogan had something to do with the military). With my childhood memories of protests against the Vietnam War receding, I was captivated more and more by the machoism of military service. Of course, following the slogan’s lead, I didn’t actually think of it as service but as some kind of glamorous, exciting life for which you get paid.

It’s been hard for me to break this childish view of the military, although now, with one of my children in a combat unit, I have learned to think of the military not just as an adventure but as a job – and in Elie’s case, a very demanding and dangerous job. Still, when listening to Elie tell of his service, I am tempted to think at times: Cool, that sounds like fun! In truth, some of the things that Elie does do sound highly appealing: trekking in the woods, practicing martial arts, going to a shooting range with a variety of powerful weapons, studying and implementing camouflage techniques, riding in jeeps and helicopters, learning how to scan and “read” foreign terrain, etc. But the army often has a way of spoiling the fun, such as by having you hold one side of a very heavy stretcher while trekking, or by scheduling your martial arts class right upon the conclusion of an exhausting 10-mile run, or by holding your helicopter ride at 3:00 a.m. When you start to investigate, each of the “fun” elements in the life of an elite combat soldier starts to look less fun and more like something that you would not choose to do unless it was a job and/or for an extremely good cause.

Once you get into the military reserves, the job seems much more worth it. Though you are supposed to complain to your wife about how the reserves have thrown your life into a tizzy, plenty of men welcome the opportunity to change their routine and to see their old army buddies, and the State is supposed to reimburse you for the salary that you would have earned had you not been called up to the reserves (during your mandatory service you are paid only a token amount; Elie, at the high end of the scale, receives about $427 a month). If we put aside the possibility that you may be called up during a time of war, serving in the reserves seems like a pretty good short-term job.

I have never served in the military and never will, and so I am jealous of my friends and of my children who have. And my four other children (all non-combatants) join me in being jealous of Elie. If Elie’s service is simply a very dangerous job, then this would be puzzling, but of course it’s not just that. Elie and the other combat soldiers see to it that the people of Israel remain safe. As such, elite combat soldiers like Elie are accorded the deepest respect in Israeli society. For a person who never got a chance at such a position (such as my children and me), this can stir up feelings of jealousy. But those feelings are quite minor, hardly even felt, when compared to our love for him and to our feeling extremely proud of him. And recently, Elie was selected to be one of the trainers of new recruits to his unit – so we are even prouder.

Tevye and His Daughters

CAIR (and Some Naïve Rabbis) Exposed

CAIR (and Some Naïve Rabbis) Exposed