The president’s travel ban and the Supreme Court

by Jack Beermann
in Opinion 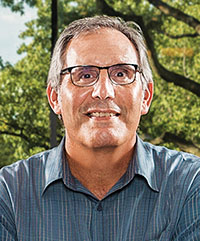 JULY 13, 2017 – As expected, the legal battle over President Donald Trump’s Executive Orders suspending entry of aliens from six predominantly Muslim countries has moved to the Supreme Court. Not only did the Court agree to hear the government’s appeals of preliminary injunctions issued by lower courts, the Court also allowed important aspects of President Trump’s orders to take immediate effect while the litigation is pending.

The scope of the Supreme Court’s order was somewhat unclear, which has led to more litigation over its implementation. Further, the Court did not comment on the merits of the challenges, making it impossible to predict whether the Court will agree with the lower courts that President Trump’s campaign statements promising a “Muslim ban” can be used against him to prove that the Executive Orders were illegal religious discrimination.

Recall that two federal Courts of Appeals, one in Virginia and another in California, affirmed preliminary injunctions against President Trump’s second Executive Order on immigration. Both lower courts found that the challengers were likely to succeed in their attempts to gain permanent relief. The court in Virginia relied extensively on the president’s campaign statements to conclude that the order was motivated by animus against Muslims and thus violated the First Amendment’s provisions on religious rights. The California court found that President Trump’s order violated a statutory ban on discrimination contained in the Immigration and Nationality Act.

While the California court found the administration’s national security justifications factually insufficient, the Virginia court went a step further, finding that the president’s invocation of national security was a bad faith smokescreen for intentional discrimination against Muslims.

To no one’s surprise, the Supreme Court granted the Trump administration’s request to hear its appeals from these decisions, setting the cases for hearing with the Court’s first batch of arguments next October. The government also requested that the Court stay the enforcement of the lower courts’ orders, and here is where the Court’s June 26 order got interesting and messy.

When a court decides whether to grant a preliminary injunction, it considers the likelihood that the challengers will succeed on the merits, the relative hardship to the parties before the court, and the public interest, here in preserving national security. The Supreme Court found that the lower courts should not have considered hardship to anyone other than persons and institutions already inside the United States. The Court found that some of the plaintiffs in the US would suffer sufficient hardship if the president’s order was allowed to take effect and that therefore the travel ban “may not be enforced against foreign nationals who have a credible claim of a bona fide relationship with a person or entity in the US.”

Justices Thomas, Alito, and Gorsuch declared separately that they would have gone even further and allowed the entire travel ban to go into effect, even with regard to aliens with a bona fide relationship with a US resident. (This and other recent decisions indicate that new Justice Gorsuch will be a reliable member of the Court’s conservative wing.)

Following the Court’s decision, the Trump administration issued guidelines limiting bona fide personal relationships to “spouses, parents, children, siblings, or sons- and daughters-in-law.” According to the political news website The Hill, this led the State of Hawaii, one of the plaintiffs in the original case, to challenge the administration’s interpretation, claiming that the Court’s decision should be read to include “fiancés, grandparents, grandchildren, brothers-in-law, sisters-in-law, aunts, uncles, nieces, nephews, and cousins of people currently living in the US” as persons with bona fide relationships entitled to enter despite the travel ban. A federal judge in Hawaii denied the challenge, and this issue remains unresolved.

Because the Court’s order did not devote even a single word to the merits of whether President Trump violated the Constitution or exceeded his statutory powers when he issued the travel ban, it is difficult to predict what will happen when the Court hears the case in October. The Court did not even mention, much less discuss, the controversy over whether the lower courts properly used President Trump’s campaign statements about Muslims against him to prove discriminatory intent. Because the travel ban is temporary, the Court may be hoping that by the time the fall rolls around, it will all be over and it won’t have to rule on the merits of the challenges.

Jack Beermann is professor of law at Boston University School of Law, where he specializes in Separation of Powers, Administrative Law, and Civil Rights Litigation.