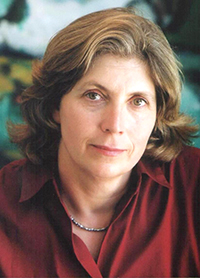 JULY 13, 2017 – JERUSALEM – Israel is a state born of a dream. Our founding fathers and mothers were avid dreamers. Their “dream muscle” worked overtime. But even they, who imagined utopia, realized that one of the biggest

challenges of Israel would be the role of the religious establishment in the Jewish state.

Now, after seven decades of having a sovereign state, we have not successfully confronted this bone of contention. Israel’s ultra-Orthodox monopoly over religious services has had a dramatic effect on the children and grandchildren of our pioneering dreamers. Israelis have lost the ability to dream a different way to be Jewish.

The great wrong done by the ultra-Orthodox monopoly is that it robbed us of that “dream muscle.” Many Israelis can’t imagine a divorce that is done in a civil court instead of the Rabbinate. They are unable to imagine a different way to be buried, or married, to keep kashrut, be converted, or pray at the Wall.

Secular politicians have yielded again and again to the religious parties’ demands for a deeper and more complete hold on all religious affairs in Israel. The consequences of the tightening monopoly are devastating to orthodoxy, to Israel, and to Judaism. A prime example of this is the rise and fall of the agreement around the Kotel (Western Wall).

After 25 years of struggle for gender equality and religious pluralism at the Wall, it was decided by Prime Minister Benjamin Netanyahu that it was time to “find a solution.” In other words, to dream a new reality in the holiest site for the Jewish People. Our job was to dream together how the Kotel could embrace all Jews.

The agreement we came up with took three years to write. Even though it is written in legalese, it has a poetic, inspiring overtone: “Local custom at the Southern Plaza of the Kotel will be based on the principles of religious pluralism and gender quality. Prayer in that site will be egalitarian.” Section 4 Bet Dalid 1. “Religious pluralism,” “gender equality,” and “egalitarian” have never been written in a government document in Israel regarding religion. All sides of the agreement had to compromise to reach it. It was adopted by the Israeli government by a majority of 15 to 5 on January 31, 2016.

It became immediately clear that PM Netanyahu did not intend to implement the agreement. Three weeks ago, he gave the final blow and had the government “freeze” it. Usually the freezing of equality for religious purposes goes unnoticed in Israel, but not this time. This time the Jewish Diaspora refused to give up on the dream of the Kotel as a place hospitable to all. The dramatic, vigorous voice of Diaspora Jews proved that the “dream muscle” still functions in the Jewish world.

Millions of Jews who believe in the possibilities offered by the agreement jumped out of their skin, reminding Israelis that we must also join in and fight the religious establishment and our secular politicians’ cynical surrender to it. The Israel Religious Action Center, the Reform Movement in Israel, the Conservative Movement in Israel, Women of the Wall, and many other partners held a demonstration of thousands outside the PM’s home. Suddenly, we realized that “learned helplessness” can be unlearned. The combined power of dreamers here and abroad can make the government reverse its misguided decision.

If we show resilience, we may all live to see the implementation of the Kotel Agreement. After we liberate the Wall, we may find that we can and want to demand freedom of choice in marriage and divorce, choice in kashrut inspection, and a whole variety of religious services which add up to the simple notion that there is more than one way to be Jewish.

Anat Hoffman is the executive director of the Israel Religious Action Center. IRAC is the legal and advocacy arm of the Israeli Reform Movement. She is also the board chair for Women of the Wall.

Who wants to be a minyanaire?

Who wants to be a minyanaire?