Interpol and the Palestinians: Where’s a cop when you need one? 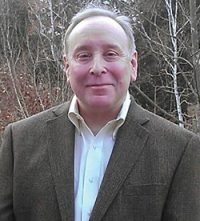 The story concerns the latest diplomatic success of the Palestinian Authority (PA). As with previous decisions of the General Assembly of the United Nations and other agencies of the world body, the PA gained admittance to Interpol by an overwhelming vote of member nations.

Though it does autonomously govern most of the West Bank, the Fatah party-run PA doesn’t exercise sovereign control over any territory, something that can’t be said of its Hamas terrorist rivals who run what is, for all intents and purposes, an independent Palestinian state in Gaza. But the international community has nevertheless embraced every opportunity to grant recognition to Palestinian Arab aspirations without first forcing them to conclude a peace with Israel that could resolve the dispute by the two peoples over one small land.

But this sounds scarier since most of us assume Interpol is an international police force with power to make arrests and act with impunity around the globe.

Yet it turns out the depiction of Interpol in pop culture is misleading. Interpol has no agents and arrests no one. It is merely a coordinating group that functions as an administration liaison between police departments. It does help fight international crime by making the large database it maintains available to law enforcement agencies. But that’s about the extent of it.

One thing members of Interpol can do is to issue so-called “red notices” about outstanding criminals though they are not international arrest warrants. That raises the possibility that the PA might copy the practice of leftist foes of Israel in various countries who seek to indict Israeli officials on bogus allegations of war crimes by issuing such notices. The US has already said they won’t recognize any from the PA. Yet since the PA is dependent on cooperation with Israeli security agencies to defend their leaders like President Mahmoud Abbas against threats from Hamas and more radical opponents, that would be a risky strategy. If the PA does use the tactic, it would probably be directed against Palestinian political foes rather than Israelis.

Seen in that light, the Interpol vote can be viewed as just another meaningless gesture that does nothing to advance peace or Palestinian aspirations for actual statehood.

But the decision is not entirely harmless.

The same PA that just joined Interpol actually funds terrorism. The PA pays salaries and pensions to Palestinians who commit terrorism against Israelis and Americans with an ascending scale of compensation that rewards more serious crimes involving bloodshed. The PA’s education system and official media also incite hate and applaud acts of terror on a regular basis. Just this week, Abbas’s Fatah party lauded a deadly attack that resulted in the killing of an Israeli Border Police officer and two security guards, including one that was an Arab Israeli. The family of the slain terrorist can expect a generous pension from the PA.

Though some excuse this practice as a legitimate aspect of their political culture, it is one more indication that Palestinians are still stuck fighting the same war on Zionism and the legitimacy of a Jewish state they’ve been fighting for a century. This illustrates the folly of any policy towards the Palestinians that does not start with an effort to impress upon them the necessity to accept that they’ve lost that war, something many peace advocates don’t understand. Until Israel makes it clear that its victory is conclusive and final, no peace plan, including a two-state solution, will be possible.

Unlike its predecessor, the Trump administration has made it clear it regards the PA’s attitude toward terror as an impediment to peace. Congress is on its way to passing the Taylor Force Act, named for an American veteran who was killed by a Palestinian terrorist, which would make future aid to the PA contingent on ending its incitement and terror funding.

But with its Interpol vote, the world has once again sent the opposite message about terror and ending the conflict. A group that honors and pays terrorists rather than arresting them just joined the international law enforcement establishment. Israelis, Jews and Americans that are targeted for death by Palestinians are justified in wondering, where’s a cop when you need one?