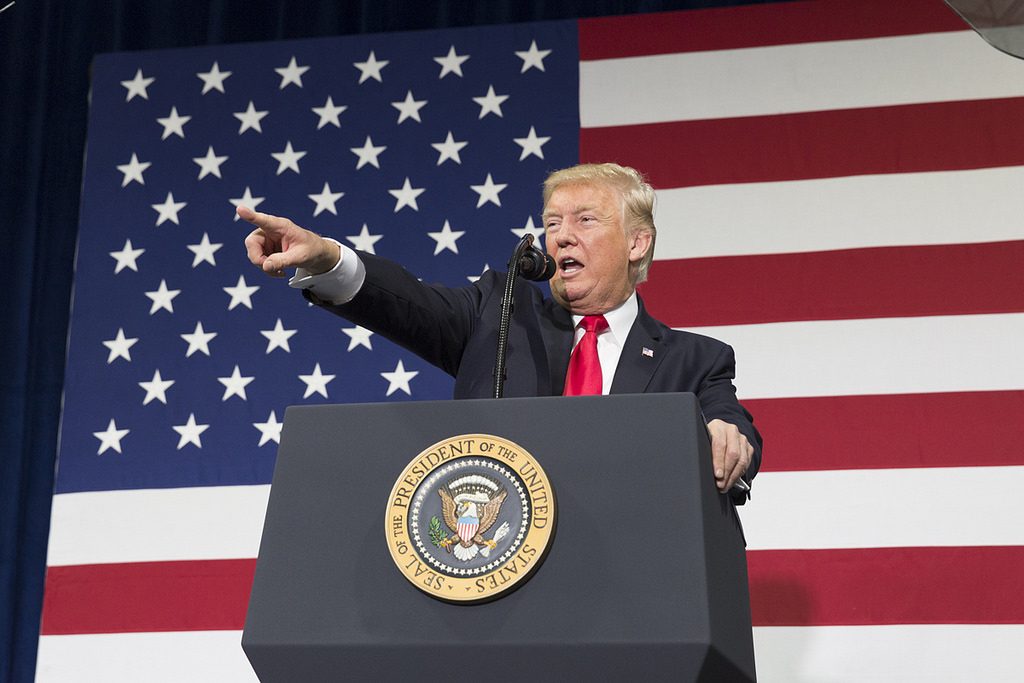 NOVEMBER 2, 2017 – The recently published book, “The Dangerous Case of Donald Trump,’’ is written by a compendium of contributors, including over two dozen psychiatrists and other mental health specialists plus an attorney and the ghostwriter of Trump’s 1987 autobiography, “The Art of the Deal.” A conference was held at Yale in April 2017 to discuss whether there was a “Duty to Warn” regarding the possible dangerousness of Donald Trump. The attendees later contributed to this new book, edited by Dr. Bandy Lee of Yale and published in October.

All forms of the media have been flooded for more than two years with information and opinions about Trump, including his rise to the presidency and his current performance as the president. In addition, Trump himself has appeared an untold number of times in multiple venues. Everyone in our society and around the world has been aware that Trump is, let’s say, “different” and rather unique in his speech and behavior. However, “different” has been open to many interpretations, both in the United States and around the world.

Is he a force for change positively or negatively? Is he high-spirited or mean-spirited? Is he harmless or dangerous? Over time, many people have weighed in on Trump’s personality and have suggested diagnoses.

This book is unique in that it is written almost entirely by mental health professionals with solid credentials.  On the surface, it might be dismissed because it could be seen as a departure from the “Goldwater Rule” that constrains psychiatrists (and, by association, other mental health professionals) from diagnosing persons they have not seen face to face. The Goldwater Rule grew out of the controversy beginning in 1964 when a number of psychiatrists “determined” that Barry Goldwater was unfit to be president in the race with Lyndon Johnson. The “Rule” was eventually added to the Ethical Principles of the American Psychiatric Association. 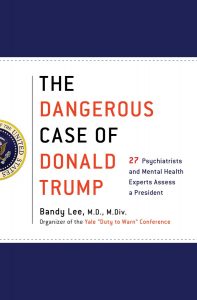 Two points need to be made:

1. The Trump book discusses a wide range of possible diagnoses but does not focus on a specific diagnosis. As an aside, almost 24/7 news coverage allows tremendous visual exposure and an opportunity for a form of examination.

2. The focus of this book is not to make a specific diagnosis but rather to consider the element of dangerousness. Establishing that there is danger to self or others (including society) requires a report to an appropriate authority. This obligation is for mental health personnel, law enforcement officers, the FBI, the CIA, the Secret Service, and, actually, anyone given the post 9/11 age of “see something, say something.”  In fact, many determinations of danger in society involve no direct contact and even secondhand reports.

In any event, the authors of this book felt it was important to lend their expertise to the discussion and to warn our society if Trump might be dangerous. In fact, their consensus was that Trump indeed is a threat because of impulsivity, angry outbursts, instability, volatility, lack of conscience, and failure to accept advice or criticism.
The most significant concern expressed throughout the book is the president’s immediate access to nuclear armaments. What are the chances of mistaken or impulsive activation of nuclear weapons? By definition, that should be zero.  Unfortunately for our planet, we have to live with some possibility somewhere. We are currently engaged in preventing nuclear activation elsewhere, but what about here?

As for Trump’s tweets, comments, and behaviors extensively reported in the book, they can all be interpreted in many ways depending on an individual’s point of view and probably political orientation. However, it must be said that the mental health professionals expressed full concern about the tirades, impulsivity, conspiracy theories, exaggeration, boasting, and aversion to facts, along with insults and encouragement of violence. Comments about being given a pass if he shot someone on Fifth Avenue and the birther theories regarding former President Barack Obama were considered as a propensity to violence and a heartless conspiracy.

Without making a definite diagnosis, most of the choices discussed were in the category of Personality Disorders such as Narcissistic, Anti-Social, Sociopathic, Paranoid, or some combination. It is generally the case that people with Personality Disorders are reluctantly brought to treatment by a third party, family, or possibly law enforcement. Treatment is difficult and rarely successful because of the innate lack of insight and defensiveness. Limits and confrontation by others is the usual recommendation. “Pivoting” is not usually expected.

The authors report other concerns about Trump’s effect on society in terms of bullying, aggression, modeling of behavior, and relationships that get polarized.

Friendships have been adversely affected and communication is avoided when political differences are anticipated. Also, some people have developed anxiety disorders or Post-Traumatic Stress Disorder from “Campaign Shock” and fears about where the country is heading. These issues, major or minor, are affecting the quality of life. However, I would add a positive effect that we have become more educated about human nature and have more discussion about values, behavior, and relationships. Also, more people have begun taking an active role in politics.

As a (retired) psychiatrist, I am frequently asked about my thoughts regarding Trump’s diagnosis. I have my own theories about this but I appreciate the book’s focus on the issue of “dangerousness” as the important concept to monitor.

I appreciate the effort of the contributing authors to offer their opinions in spite of the specter of reprimand by organizational committees or individuals. It is a bold and important step to offer further insights and questions to help sort out these difficult times. The future will make extensive study to analyze Trump’s rise to the presidency and its effects on our society and the world. Let’s hope it goes peacefully.

Dr. George S. Freedman, of Marblehead, is a retired psychiatrist.