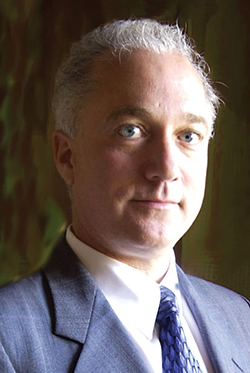 DECEMBER 14, 2017 – It’s getting very dark outside, and it’s impossible not to notice. As December continues to unfold, we’re approaching the very darkest time of the year.
As Hanukkah arrives, the waning moon will be entering its most shadowy phase in the night sky.  At the same time, the sun is approaching its dimmest time of the year with the coming of the winter solstice Dec. 21: the shortest day (and longest night) of the year.

So what is our Jewish approach to the gathering darkness?  Why, we light it up!

In his beautiful song, “Scare Away the Dark,” Passenger (the stage/professional name taken by Michael David Rosenberg) takes up the imagery of despair and hopelessness as symbolized by darkness, and encourages his listeners to refuse to give in, to join together in hope and determination, to “light up” and “scare away the dark.”  I think it’s a very “Jewish” message – particularly at this season of the year.

“Well, sing, sing at the top of your voice Love without fear in your heart Feel, feel like you still have a choice If we all light up we can scare away the dark.”
Of course, it is the lighting of the Hanukkah flames that is the primary observance of our Festival of Lights.  Not to take anything away from the dreidels, latkes (fried potato pancakes), sufganiyot (jelly doughnuts), and exchanging of gifts, but these all entered our yearly celebrations much later than the custom of lighting lamps.

But so, too, the beloved story of that little jar of oil that burned miraculously throughout the eight days of rededicating the Temple in Jerusalem.  In fact, we don’t hear anything of the story of the miracle of the oil until long after the military victory of the Maccabees over the Assyrian forces of Antiochus. The miracle of the oil is never mentioned in the Books of the Maccabees, which were written close to the actual events of Hanukkah (although excluded from the biblical canon).

Here’s what we read in the Talmud, a text composed hundreds of years after the Maccabean victory by sages living hundreds of miles away in Babylon: “They [the Maccabees] searched high and low and found nothing except a single cruse of oil which had been set aside, enough for only a single day’s burning.  But a miracle ensued and the flame lasted for eight days and nights.”

Although it emerges later in history, were it not for the story of the oil and the miracle, I don’t think the holiday would have persisted.  The lighting of candles or lamps to celebrate a military victory is a typically Greek thing to do, but it just doesn’t feel very Jewish. On the other hand, lighting up the darkness is an intensely authentic Jewish response, especially at the darkest time of the year.

Taking the story at face value, imagine the chutzpah it must have taken to kindle even that small bit of found oil, not knowing if it would last even a day or longer.  Maybe that’s the real miracle of the story – that someone discovered even a tiny jar of oil, and then expressed the courage, hope, and faith to light the lamps nonetheless.
So this year, at least once during the holiday ahead, take time to find the hidden oil in your life – and light it up!  It may be a talent that you want to maximize, a relationship you hope to deepen, a cause to which you want to recommit. May our observance of the Festival of Lights help illuminate the darkness in our world wherever the light is needed most.

Wishing a happy Hanukkah season to all our Jewish people, both here and around the world.
Rabbi David J. Meyer is the spiritual leader of Temple Emanu-El in Marblehead.