FEBRUARY 22, 2018 – Last week, 17 people perished when a gunman burst into Marjory Stoneman Douglas High School, in Parkland, Florida. Five of the victims were Jewish. This week we remember their lives and families. 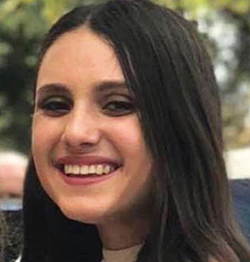 Alyssa Alhadeff told her mother that she loved her as she was being dropped off at the Marjory Stoneman Douglas High School last week. Those were the last words she would ever say to her mother, Lori Alhadeff. Alyssa was killed last week in the mass shooting at the school. According to family friends, Alyssa and her family had moved from New Jersey to Florida a few years ago. Her father, Dr. Ilan Alhadeff, is an internist. Alyssa was on the debate team, and played soccer for the Parkland Soccer Club. The family attended Chabad of Parkland.

In an appearance on CNN after the shooting, Lori Alhadeff pleaded for better school security and gun control. “You need to help us now, we need security now for all these children who have to go to school. We need action,” Lori Alhadeff said. “What if it was your child that was shot three times in the head, in the heart and the hand?”

Her father, Dr. Ilan Alhadeff, said, “It’s the time to talk about it today and the next day and the day after until this is resolved.” 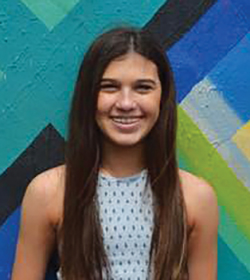 Jaime Guttenberg was 14, and a ninth grade student. She loved to dance. Her older brother, Jesse, who is also a student at the school, survived the shooting. She was the daughter of Jennifer and Fred Guttenberg. Her father wrote on Facebook:

“My heart is broken. Yesterday, Jennifer Bloom Guttenberg and I lost our baby girl to a violent shooting at her school. We lost our daughter and my son Jesse Guttenberg lost his sister. I am broken as I write this trying to figure out how my family gets through this. We appreciate all of the calls and messages and we apologize for not reacting to everyone individually. Jen and I will be figuring things out today and so we ask that you respect out privacy. We will be getting messages out later regarding visitation. Hugs to all and hold your children tight.” 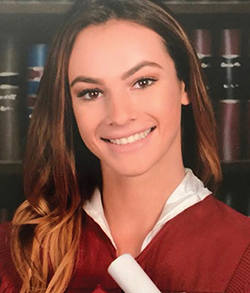 Meadow Pollack was excited about graduating from Marjory Stoneman Douglas High School, and planned to attend Lynn University in Boca Raton. She was 18 when she was shot and killed last week inside her school.

“Everyone should know how great she was,” her cousin, Jake Maisner, told the Sun-Sentinel in Florida. “She was a beautiful girl, inside and out … She was the baby of the family. Everyone wanted to protect her … ”

A friend, Gii Lovito, posted on Facebook last week: “Please say a prayer for the family of an amazing girl I got to call my best friend growing up Meadow Pollack … her life was taken way too soon and I have no words to describe how this feels. Rest In Peace my beautiful angel you are and forever will be loved.”

Meadow was the daughter of Andrew Pollack and Shara Kaplan. She also leaves her older brothers Huck and Hunter; and grandmother Evelyn Pollack, all of Parkland. 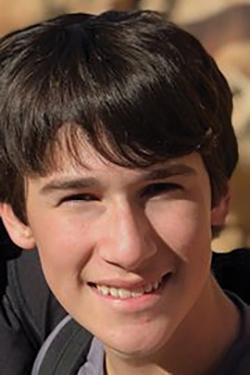 Alex Schachter was 14, and a freshman, when he was killed last week in the school massacre. His older brother, who was also a student at the school, survived the shooting. According to his father, Max Schachter, Alex played the trombone in the school’s marching band, and his favorite song was Chicago’s “25 or
6 to 4.”

When Alex was five his mother died. Later, his father, Max Schachter, remarried. The family attended Congregation Beth Am, a Conservative synagogue in Longwood. Max Schachter  told the New York Times that Alex was “a sweetheart of a kid” and “just wanted to do well and make his parents happy.”

The teen, who was described as confident and kind, loved summer camps, playing Nerf basketball in his room and collecting Fatheads sports decals. 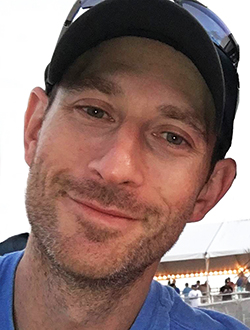 Scott Beigel was a geography teacher at Marjory Stoneman Douglas High School and also served on the staff at Starlight Summer Camp in Pennsylvania. Beigel grew up in Long Island, and was killed after he unlocked a door and tried to hide students from the gunman. A student,  Kelsey Friend, told ABC-TV that Beigel had saved her life.

“He unlocked the door and let us in,” Friend said. “I had thought he was behind me, but he wasn’t. When he opened the door, he had to re-lock it so we could stay safe, but he didn’t get the chance to.

“He was in the doorway and the door was still open and the shooter probably didn’t know we were in there because he was lying on the floor. If the shooter had come in the room, I probably wouldn’t be [alive].”

“He was my hero and he will forever be my hero,” Friend told CNN in a separate interview. “I’ll never forget the actions he took for me and for fellow students in the classroom.”