The Akeidah and gun violence

by Cantor Vera Broekhuysen
in Opinion 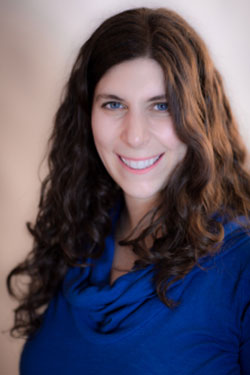 On a steamy day in late July, I sat with a group of cantorial students at Hebrew College in Newton Centre and discussed the Akeidah, the story of the binding of Isaac, which we chant on Rosh Hashanah.

We looked at Genesis Chapter 22 with eager, critical eyes. How did Avraham feel that morning when he set out under God’s command, with his donkey and knife and wood and beloved son? He had three days’ journey to think about the sacrifice – how could he keep going, when his whole heart must have cried out to him to turn back? We pored over the verses, noting the zealotry that required two cries from the angel – “Avraham, Avraham!” – to stop him, hand perhaps already moving downward, from killing his dearest child in service of what he firmly believes is God’s will.

We shifted uncomfortably in our seats as we considered: How could a trusted power ever ask a parent to prepare to sacrifice their child? How could a parent possibly agree to do so?

Avraham is the Father of the Jews. His name – av-raham – evokes names of God that we use on the High Holy Days: Avinu, “our Parent;” Rachum, “merciful One.” But Avraham leaves mercy to God in our parasha, and fails to show it himself. In several Midrashic commentaries, including the 12th century French commentator Rashi and the Midrashic collection Yalkut Shim’oni (Vayeira 22), Avraham is understood to have failed the test, not passed it. He misunderstood God, who told him to “bring up” his son to the top of the mountain, with a word (ha’aleihu) that means “offer as sacrifice,” but never explicitly said “kill him.” Avraham has forgotten that his first responsibility is to be the father that God made him, to the son that God gave him. What combination of fear and absolutism drove Avraham to that killing fever pitch? Avraham’s silence in the face of this unfolding tragedy is perhaps the most terrifying element of the Akeidah.

A week after our class ended, a gunman opened fire in a shopping mall in El Paso, Texas, that was filled with families. Not 12 hours later, a different shooter mowed down nine people in Dayton, Ohio. And as our government has answered with “thoughts and prayers” and little else in these past weeks, and as public outcry has subsided, Avraham’s silence is easier to recognize.

In America, parents send their kids off to school each day with hopes, perhaps with prayers, but without certainty, that they will come home safe. My own eldest son entered kindergarten this month, and the lump in my throat is more than nostalgia. Yet mass shootings account for just .18 percent of the deaths by gun violence that our country suffers every year (according to a study by the Center for Disease Control and Prevention).

Americans buy, sell and use an enormous number of guns – we have the highest rate of gun ownership per capita of any other nation in the world, more than twice as high as war-torn Yemen. Semiautomatic weapons can be obtained with ease, legally or otherwise, by civilians. We have inconsistent policies on background checks for sale and licensing requirements for use. Sellers aren’t always required to consider criminal records or patterns of domestic violence. Gun violence is now the second leading cause of death for American children and teens.

Our authorities, like Avraham, are passive in the face of this violence. But there is no angel crying out in high school hallways, across convenience store parking lots, into acrid bedrooms. There is no last-minute miracle that lets everybody leave, alive. Devotion to guns at all costs sacrifices person after person to one zealous interpretation of the Second Amendment.

God gives us tests each year of our lives. God also gives us opportunities. Each new year, each Rosh Hashanah, is an opportunity to get right what we got wrong the year before. Every year, people are gunned down in their homes, their jobs, their schools, their places of worship. This moment asks us, “What will you do now?” We’ve had decades, not three days, to think about it. God willing, we are ready to choose life. Hashiveinu, Hashem, v’nashuva – turn us, God, may we turn aside. Chadeish yameinu k’kedem. Once more, give us a chance at new days.

Cantor Vera Broekhuysen is the spiritual leader of Temple Emanu-El in Haverhill.