by Rabbi Steven Lewis
in Opinion 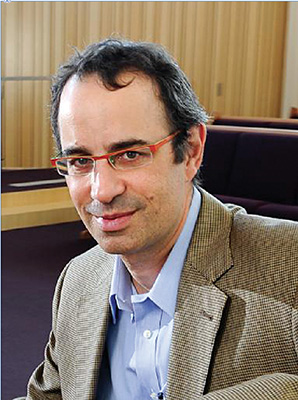 The first is the primordial, supernal first light of creation, day one: “Let there be light!”

Light, according to the biblical account, is the very first thing created. That first light, however, is not what we think of as “light.” After this first act of creation, it is three days before the sources of light we know, sun and stars, are created (and what exactly is a “day” before the creation of the sun?) How then do we understand the nature of the extraordinary light of the first day, a light that is not like the light of the sun? Those differences between the first-moment-of-creation light, and the light that we know, is the source of much Jewish speculation and creativity. That original light is called or haganuz: “the hidden light,” because after the sin in the Garden of Eden, that supernal light was hidden away, in order to be sought after and discovered by future righteous people. How do we think of some unfamiliar, elusive experience of light different than the one we know? Perhaps it is akin to the shared, universal, unrecallable first human experience light. The fetus in the womb opens its eyes and responds to light. So all of us had a first experience of light in our own personal creation process.

According to midrash, the human being was created, placed in the garden, sinned and condemned to exile from the garden, all on the sixth day of creation. The Holy Blessed One however, despite the gravity of the offense, is a compassionate landLord and did not evict the humans on Friday afternoon, but rather let them remain in the garden until the end of Shabbat. Similarly, the supernal light-of-creation shone throughout the first Shabbat. In this reading, the exile from the Garden of Eden is accompanied by a unique and profound darkness in which we all still live and against which the righteous parts of ourselves, seek light. The Edenic human experience of the extraordinary light-of-creation lasted a total of 36 hours: from the creation of human beings on the sixth day until the end of Shabbat. That’s the first extraordinary kind of light.

The other extraordinary light is the light emanating from any and all of the candles or lamps representing the days of Hanukkah. This light is supposed to be used solely to publicize the miracle of Hanukkah and enjoyed for its own sake. In contrast, the light of the shamash has a different status and can be put to practical use. The shamash is not one of the lights of Hanukkah, which is why it is lit before the blessing.

We can understand the light of the lamps of Hanukkah as a human attempt to approximate that supernal light of creation. Our tradition connects the 36 hours that the first humans experienced the supernal light to the 36 lamps (or candles) of the days of Hanukkah – 1+2+3+4+5+6+7+8=36 (and you’ll need a shamash for each night).

Hanukkah is the “Festival of Lights” in two senses. First, it is a holiday when we light multiple lights. It is also a holiday with different types of light: the practical light of the shamash and the extraordinary non-utilitarian light from the flames for each day. Shimmering behind all of it is the hidden supernal light-of-creation we seek. May we have the time each night to enjoy the simple beauty of these lights, and imagine back to when light first touched us.