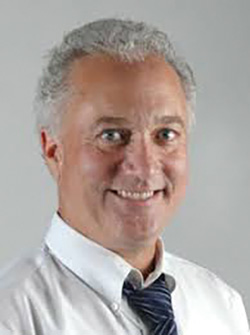 When we think about the Festival of Hanukkah, of course, what we recall is the victory of the Maccabees over the Assyrian Hellenists, and the rededication of the Temple in Jerusalem. But for our sages of old, living in the generations following that historical moment, it was only one in a series of “Dedications” – of “Hanukkahs” – in our people’s history. Some of these occasions were already in the past, while others were to happen in the future. Although the specifics differ slightly among and even within the text sources, in general, the sages agreed that there are seven Hanukkahs for the Jewish people. (See Pesikta Rabbati 2)

The key verse that stimulated the discussion of the Seven Hanukkot comes from the Book of Psalms (30:1), where we find a song linked to the completion and consecration (i.e., “dedication”) of the first Temple in Jerusalem: “A psalm of David: A song for the dedication of the Temple.” The midrash enumerates the earlier dedications (or completions) beginning with God’s own completion of the works of creation as described in Genesis 2:1: “Now the heavens and the earth were completed …”

The second Hanukkah is recalled as Moses’ completion of the work of the Mishkan, the Tabernacle in the wilderness which served as the Israelites’ first communal structure for both worship and gathering (see Exodus 39:32).

The third Hanukkah is identified as the one which the verse from Psalms recalls, the dedication of the First Temple in Jerusalem.

The fourth such dedication was for the Second Temple following the return from Babylonian captivity as recalled in Ezra 6:17. The next was the completion of the wall surrounding the Temple (Nechemia 12:27), and the sixth was the re-dedication of the Hasmoneans as celebrated in our Hanukkah festival.

My colleague and friend, Rabbi Judith Z. Abrams (of blessed memory) notes how surprising it is that there isn’t an eighth Hanukkah described by our sages! After all, our Hanukkah celebration lasts for eight days, and finding yet another “completion” or “dedication” in Jewish history would not have been a difficult conclusion to the discussion. Perhaps, Rabbi Abrams suggests, that Eighth Hanukkah, the final candle on our menorah of history, is left for us to create, recognize and consecrate. Understood in this way, our own Hanukkah celebration might inspire us to take on a significant project for the coming year and mark its completion as that “Eighth Hanukkah.”

This past year at Temple Emanu-El, our “Eighth Hanukkah” was the consecration of our newly renovated sanctuary and adjacent social and office spaces. Certainly, all our communal institutions might look towards some upcoming completion of significant projects, initiatives or other special efforts. And so, too, in our own homes and lives, we might take on a larger than normal project to pursue over the coming year, or even dedicate ourselves personally to an enriched practice of Judaism, to healthier lifestyles, to paying off a debt, or finally getting to some of our bedside books. In so doing, we might become our own Eighth Light of Hanukkah, which will complete our personal Hanukkah menorah next year with the fullness of light and joy.