PLEASE JOIN US TO CELEBRATE OUR COMMUNITY

by Jewish Journal
in Arts & Culture
0

The Journal will hold this year's gala virtually via Zoom.

The Jewish Journal will hold its annual “Honorable Menschions” Gala on Sunday, Oct. 18, from 11 a.m.–12:30 p.m. This year, our Gala will be held online and we will honor all of the mensches that were featured in the Journal over the last year. The Gala will also serve as the Journal’s major fundraiser in 2020. We invite you to attend virtually. Readers can also support the Gala by taking out an ad in our Gala Tribute Book that will be inserted in the Jewish Journal on Oct. 15.

For more information on how you can be part of this year’s Gala, email rosenberg@jewishjournal.org. To view our rate card and advertising options, click here.

We hope you will attend virtually to honor this year’s mensches on Oct. 18!

– Steven A. Rosenberg, Publisher of the Jewish Journal 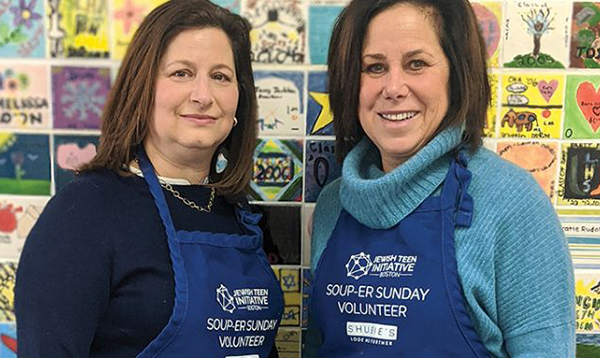 MICHELE COHEN and GAYLE RUBIN are co-presidents of the Jewish Teen Initiative (formerly the North Shore Teen Initiative). Gayle grew up in Swampscott, and majored in recreational management at the University of Vermont. She met her husband Ken, a Newton native, and the couple decided to settle in Swampscott. They have two children, Jordana and Jeremy.

Michele grew up in Riverdale, N.Y., and attended Washington University in St. Louis, where she met her husband, Brian. She moved here, went to Boston University School of Law, and became an attorney. The Cohens live in Marblehead and have three children, Karly, Jake, and Jess. 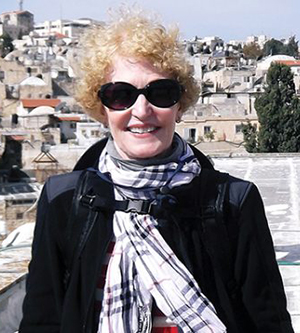 VIRGINIA “GINNY” DODGE grew up in Cohasset, worked as a tax attorney, and now lives in Swampscott with her husband, Dexter, whose two sons are Cabot Dodge of Swampscott and Stanton Dodge of Castle Rock, Colo. Their grandchildren are Arick and Cody (Texas), John (Swampscott), Bennett, Carson, and Hollis (Colorado), ranging in age from 31 to 2. Ginny served for 10-year terms on the boards of the North Shore Jewish Community Center and Temple Emanu-El in Marblehead. In the past, she has supported and participated in the Anti-Defamation League, Israel Bonds, the Jewish Journal, and Epstein Hillel School activities and fundraisers. She is currently a member of the ADL North Shore Advisory Council.

MARK GELFAND grew up in Ohio, graduated from Carnegie Mellon University in Pittsburgh, and helped develop 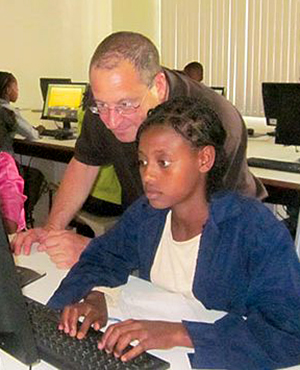 the standard calculator for international structured finance markets. He is the father of three sons, Jake, Micah, and Evan; he has two grandsons. In recent decades, the Swampscott resident has been a proponent of teaching Science, Technology, Engineering, and Mathematics (STEM) to students, and he has built STEM centers in Israel and Africa. His partner is Amy Duchin. 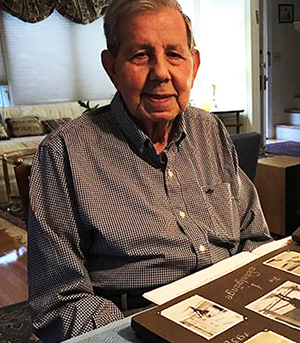 ERIC KAHN was born in Wiesbaden, Germany, in 1929. As a child, he was forced to wear the yellow Star of David whenever he went outside of his house. In 1945, the Germans forced him, his father, and brother to board a train for the Theresienstadt concentration camp in Czechoslovakia. After the camp was liberated by the Red Army, his family moved to New York. He became a mechanical engineer, married his wife Ruth, and settled in Swampscott with his two children. His daughter, Lisa, lives in New Jersey and is married to Rabbi Eric Traiger; they are the parents of Baila and Ashie. His son Mark lives in California. 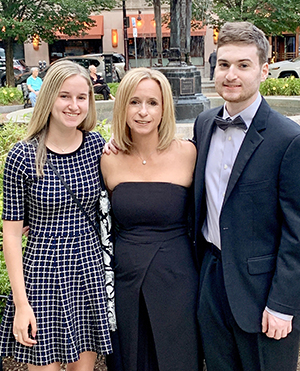 JODY KIPNIS grew up in Malden, attended Temple Ezrath Israel and eventually became a dental hygienist. She lives in Middleton and has two children, Gillian and Ross Pergament. After a trip to Poland, Jody helped create the Holocaust Legacy Foundation and the Holocaust Legacy Fellows program with Todd Ruderman. Last summer, the program took 16 teens to visit Germany and concentration camps in Poland. 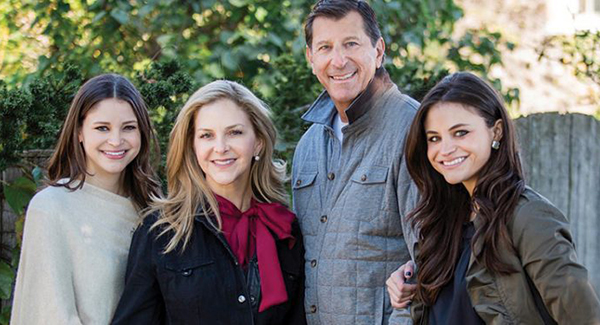 WENDY DUBOW POLINS, of Swampscott, has been deeply involved in Greater Boston’s Jewish organizations for more than 20 years and has held leadership positions with the Friends of the Israel Defense Forces, Our Generation Speaks, Combined Jewish Philanthropies and the Anti-Defamation League. She is married to Richard Polins, and the couple have two daughters, Sophie and Rosie. 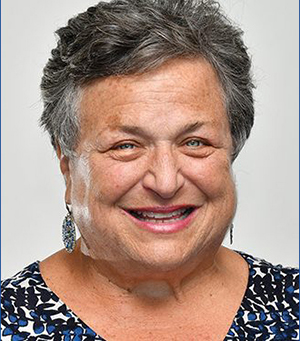 INA RESNIKOFF is a Swampscott attorney who grew up in New London, Conn., and the Bronx. She chose a career in pursuit of social justice and equality. Her work scope has been diverse – from a post at Camp Simchah at the JCC in Marblehead to director of Area Agency on Aging Region 6, to serving on the Boston Commission on Affairs of the Elderly. Ina also developed and ran Home Health Services for Family Services of Greater Boston, and was president of the statewide Mass Home Care Corporation. As an attorney, she has focused on child welfare and family law. She’s also served as a professor and learning specialist at North Shore Community College. 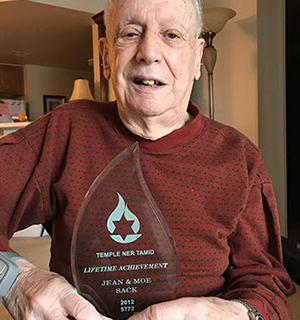 MORRIS “MOE” SACK was born in 1926, and grew up in Malden. His parents were immigrants from Lithuania and Poland. His father worked as a carpenter, and his mother worked in a factory sewing buttons on caps. In 1944, he was drafted into the Army and he served until 1947. Moe holds bachelor’s and master’s degrees from Boston University and married Jean Reva Kaplan in 1952. The couple had two children, Steven, and Ilene. They settled in Peabody, and Moe served as an officer and active volunteer at Temple Ner Tamid and also at the Jewish War Veterans Massachusetts North Shore Post 220. Now retired, he worked for the Merchants Tire Company in Boston. He now lives in Salem. 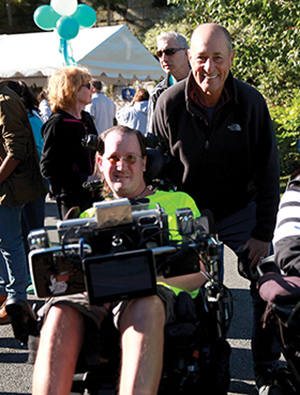 STEVE SALING was diagnosed with ALS in 2006 at the age of 38, just one month after the birth of his son. At the time, he was given a life expectancy of two to five years. By sheer fate, Steve met Barry Berman, CEO of Chelsea Jewish Lifecare, soon after his diagnosis at an ALS symposium. Together they decided to open a nursing home devoted to seniors and the disabled population – a place that felt like home. The Leonard Florence Center for Living, the country’s first urban model Green House skilled nursing facility, opened in Chelsea in February 2010. 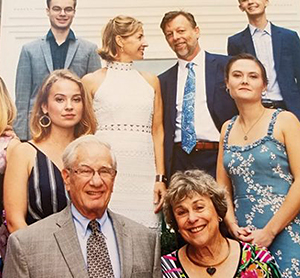 BONNIE SHELKROT moved to the North Shore in 1969 when her husband Joel accepted a position as an internist/nephrologist in Beverly. They lived in Danvers for 16 years and then moved to Magnolia 35 years ago when their daughters were in college. Their daughter Lisa, an attorney, and husband Tim live in Burlington, Vt. They are the parents of college students Oscar, at Carlton College in Minnesota, and Ruby, at Wesleyan University. Their daughter Susan lives in Cambridge with her son Leo, 16, and her husband Brian. Susan is an innovation specialist at Forrester Research 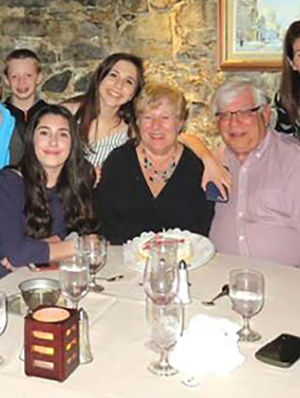 BRYNA “BUNNY” TABASKY was born in Malden, went to Malden public schools and graduated from the New England Conservatory of Music with degrees in Piano and Music Education.For most of her life, Bunny has worked as a musician, accompanist and coach. After Temple Tifereth Israel consolidated with Temple Beth Shalom in Peabody, she continued as music director and later, as cantorial soloist, too. Bunny also served as music director for the Lynnfield Community Schools’ Broadway Musical Program for more than 15 years and continues to assist the Lynnfield High School music department with its Broadway Musical preparation. 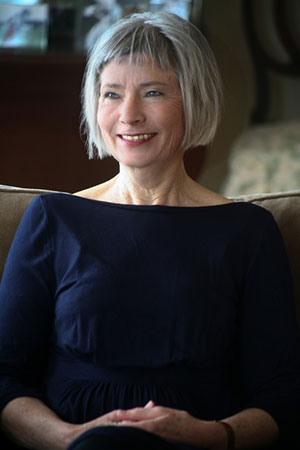 MIRIAM WEINSTEIN is a writer and filmmaker who lives on Cape Ann. A native of New York, she attended Brandeis University and moved to the North Shore, where she became deeply involved in the Jewish community, serving as the president of Temple Ahavat Achim in Gloucester. She is married to Peter Feinstein. Their son, Eli Feinstein, and his wife, Jana Lipman, have two children, Liza and Ruthie. Their daughter, Mirka Feinstein, is married to Asher Peltz. Their children are Sadie and Rosie.