‘Shtisel’ returns on March 25 on Netflix

by
in Front Page
0

“Shtisel,” the series about an ultra-Orthodox family in Jerusalem – that turned into a surprise hit and global phenomenon – will return for another season on March 25 on Netflix.

The series follows the lives of the extended Shtisel family, a warm, closely-knit and argumentative family who live in the Geula neighborhood of Jerusalem. Created by Ori Elon and Yehonatan Indursky, it provides unique insight into the daily lives and loves propelling the “Haredi” society. 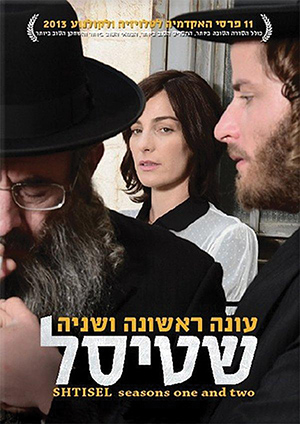 Akiva (Michael Aloni) is now a father and a thriving artist, though he is still a cause of concern for his father Shulem (Dovale Glickman). Giti Weiss (Neta Riskin), together with her husband Lippe (Zohar Strauss), run a successful neighborhood restaurant and are dealing with their grown children: Ruchami (Emmy Award Nominee Shira Haas) and Yossale (Gal Fishel). Ruchami is learning to adjust to married life and the challenges of becoming a mother, while Yossale has reached the age where he needs to consider getting married using the gregarious matchmaker Menucha (Hana Laslo), though he seems to prefer to focus on his studies. Yet when he meets Shira Tzibulnick (Reef Neeman), a beautiful, incredibly smart young woman, his life is no longer the same.

“Shtisel” premiered in 2013. The program originally ran for two seasons on Israeli TV and was picked up by Netflix in 2018. The first two seasons had 12 episodes per season and the third season has nine episodes. The show picks up five years after the last episode.