It wasn’t until I heard the click of the gun that I suspected anything.

I was getting my synagogue in Colleyville, Texas, ready for Shabbat morning services. Only a few congregants were in the building since most were planning to join us via Zoom.

It wasn’t until I heard the click of the gun that I suspected anything.

I was getting my synagogue in Colleyville, Texas, ready for Shabbat morning services. Only a few congregants were in the building since most were planning to join us via Zoom.

A man knocked on the door and asked if we had a night shelter. He looked like he was homeless and needed to warm up – it was cold that day. After talking with him when I was fixing tea, I didn’t see any red flags. He seemed calm, interested in warming up and very open to experiencing a Jewish service for the first time.

When I heard the click of the gun, I hoped I was mistaken and that it was just noise from the building. During services, I let him know he didn’t have to stay for the whole service; that’s when he pulled the gun on me.

Over the course of that day, I talked at length with the gunman. He had traveled from England all the way to our synagogue. He chose us since we were a Jewish congregation near the prison where a convicted terrorist that he wanted set free was being held.

It was a long, intense day. The gunman initially spoke with the 911 operator. We were able to get in touch with Rabbi Buchdahl. There were several calls with the FBI negotiator. He spent a lot of time calling his family. At one point, when he was on the phone with his children, he fired his weapon at the ceiling to show off for them. I thought he had shot someone! Just to show how strange the situation was, afterwards he apologized and said he shouldn’t have done that.

I remembered the active shooter workshops that ADL had recommended to me, and I worked to keep things calm and to keep an eye out for a chance for my congregants and I to escape. At one point, I texted the Chief of Police asking if there was anyone else that I needed to tell about the situation. He thought that was funny because at that point, the whole world seemed to know. …

At the end of the day, it was clear that the gunman wasn’t getting what he wanted. After threatening to kill us, he hung up the phone with the negotiator. He was very calm, which was terrifying, and asked me to get him some juice.

When I opened up the refrigerator, he saw a can of soda and asked for that instead. I brought him a can with a plastic cup. He had poured some soda and I realized that he was holding the cup with the hand that had been on the trigger all day long. He had one hand over the top of the gun, but he didn’t have his hand on the trigger. So I told the congregants to run and that’s when I threw the chair at the gunman and ran out the door. We all made it out without a shot being fired at us.

It was incredibly challenging. I am grateful to be alive and grateful to have had the opportunity to turn my terrifying experience into a way to help others. I’ve built on my longstanding relationship with ADL to become this organization’s special adviser on security. I was honored to participate in the United We Stand Summit at the White House and ADL’s Never Is Now Summit – both were important events that brought so many people together to work towards reducing hate and violence.

One of my priorities is discussing the need to be able to pray in safety without living in fear. Being prepared can save lives. I recommend to all synagogues that they bring in law enforcement and groups like SCN to hold active shooter training. One of the most powerful ways to offer such training is in partnership with other religious institutions and organizations in the community. When we are vulnerable together, learning how to respond in a crisis together, we elevate our shared humanity.

Building those bridges is so important. During and after the hostage crisis last year, everyone in our community – Jewish, Christian, Muslim and others – came together with law enforcement and civic leaders to support us.

It’s not just rabbis and other synagogue leaders who can play a role in this. If you aren’t sure whether your religious institution has an emergency action plan, whether leaders and congregants have been trained, and whether your building has been analyzed for threats, ask now. Every congregation needs good people like you to say that these issues are important and be willing to work on them.

Another way you can help is to ensure that the Nonprofit Security Grant Program, a federal initiative to provide houses of worship and faith-based community centers with resources to protect themselves from extremist threats, has the funds it needs to provide everything from training to security cameras. Please join me in urging Congress to fully fund this vital program.

To mark the year it has been since this crisis, I wrote an inclusive prayer for peace that I shared with my congregation. I invite you to share it with religious institutions in your community as well so we can all join together. 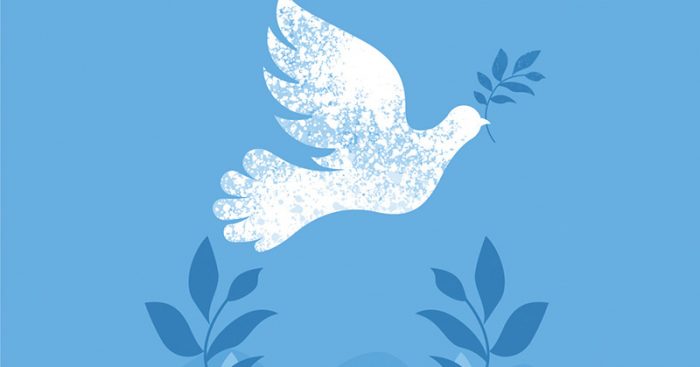 Thank you for all you do to fight hate for good. Θ

Rabbi Charlie Cytron-Walker is a special advisor on security for the Anti-Defamation League.